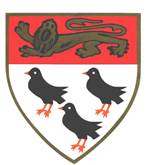 September 2022; Canterbury, Kent, UK:  A substantial investment of Euros 230,000 (£200,000) by Canterbury Golf Club in Kent will guarantee year-round playability for the English course for the first time since it was established over 95 years ago.

The unique topography and subsoil (made up mainly of clay, gravel and sand) of this classic Harry Colt layout had regularly led to several holes becoming sodden every winter and, as a result, the 11, 12 and 13 hole loop had to be closed at times during the wet season whilst other parts of the course needed irrigating during the summer.

The trigger for the investment plan came from feedback from a Player First Survey of the club members that identified the major issue for most was dissatisfaction with the drainage on the course that meant that at times they could not play a full 18 during the winter and that the club needed to sort the issue out.

General manager of Canterbury Golf Club, Roger Hyder, explains: “Not only did we want to satisfy the main demand of the members, but it made sense to sort out the course drainage on certain holes as well as the fairway irrigation on others in order to weatherproof the course for visitors and societies as well.

“On occasions during the winter we have had to call up people with tee times and explain that they’d only be able to play 15 holes or so which naturally resulted in a number of cancelled bookings which badly affected our bottom line. However I am pleased to say that, following the works, we are now very confident that our course will be open every single day of the year, baring a snow blizzard!

“In the long term, this investment will reap rewards from secure bookings and hopefully more of them as golfers get to hear about the huge improvements that our drainage and irrigation has achieved. We also envisage attracting more new members going forward.

“It’s also fantastic to have the members happy and acknowledging the difference that the work has made to the course already.”

The first phase of the work began in August 2021 on holes 6, 10, 14 and 18 whilst holes 12 and 13 were part of the second phase that was undertaken in August this year. It was a huge undertaking; this year alone, for example, a total of 300 tons of sand and 400 tons of gravel were poured onto the course whilst 400 metres of perforated pipe work was laid.

Canterbury Golf Club was formed in 1927 and the 18-hole layout was designed by arguably the finest course designer of the time, Harry Colt, who boasts Wentworth, Sunningdale, Rye and Camberley Heath among his 100-plus creations. He also played a major role in the re-designs of Muirfield, Hoylake, Royal Liverpool and Royal Portrush. 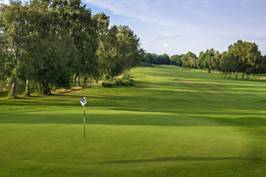 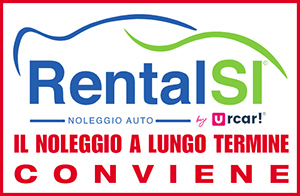 This website uses cookies to improve your experience while you navigate through the website. Out of these cookies, the cookies that are categorized as necessary are stored on your browser as they are as essential for the working of basic functionalities of the website. We also use third-party cookies that help us analyze and understand how you use this website. These cookies will be stored in your browser only with your consent. You also have the option to opt-out of these cookies. But opting out of some of these cookies may have an effect on your browsing experience.
Necessary Sempre abilitato
Necessary cookies are absolutely essential for the website to function properly. This category only includes cookies that ensures basic functionalities and security features of the website. These cookies do not store any personal information.
Non-necessary
Any cookies that may not be particularly necessary for the website to function and is used specifically to collect user personal data via analytics, ads, other embedded contents are termed as non-necessary cookies. It is mandatory to procure user consent prior to running these cookies on your website.
ACCETTA E SALVA